The System of Objects is a vast selection from Dakis Joannou’s different collections – from his first to his most recent acquisitions, hence, ‘reloading’ them. Objects on display ranged from art, photography, furniture and fashion, each within their own private viewing space. Every room had its own design: a wood-beamed structure encompassing works by Christiana Soulou, Paul Chan, Sam Durant and Picabia. Separately, David Altmejd’s The Giant 2, 2007, dominated an entire room and had a spellbinding effect on the audience. Altmejd’s work consists of a large wax figure, at various stages of decay as nature takes over, with taxidermied species and vegetation ‘sprouting’ from the wax figure. Walking through black corridors, lined by a photographic portrait of Yves St Laurent; a  plane model flying overhead; past the ‘Floating Transporter for the Waste Product of its own Construction’, we enter a living room. Somewhat atavistic, the bed has a sheet of simulated grass over it; each furniture piece is bold and striking. A labyrinth exhibits Pawel Althamer’s dancing sculptures in separate booths. From fashion photography and McQueen boots to Grayson Perry vases, this eclectic exhibition rejuvenates each object

within Joannou’s collection, each as a distinct entity and concept yet in harmony with the rest of the collection, showing Joannou’s distinctive, idiosyncratic taste for art.

The following day takes us to the island of Hydra where, in the old abattoir, DESTE invites a different artist to create an exhibition every year. The honour in 2013 was Urs Fischer’s. Both the exhibition and the project space challenged guests to observe art in a different viewing space, with the DESTE foundation transformed into themed micro-galleries and the slaughterhouse into a venue for a dynamic and engaging project. The idea of dislocation and identity combined was uppermost as a myriad of nationalities and ideas were interwoven in Urs Fischer’s ‘Yes’. This chimed easily with Joannou’s own collection which contains different themes and multi-media works, all combining to make the DESTE foundation what it is.

This year’s exhibition is accompanied by a book: a 3D tour, overlaid on a page by page scan of Baudrillard’s The System of Objects. 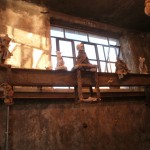 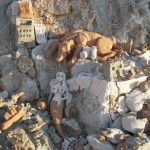 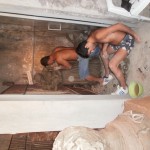 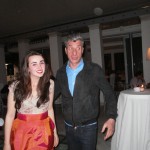 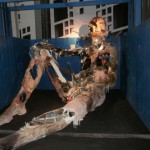 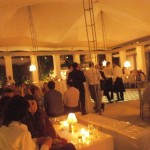 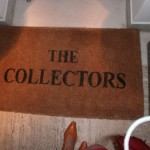 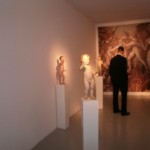 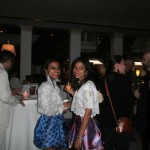 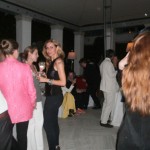 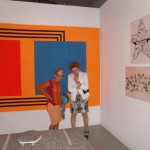