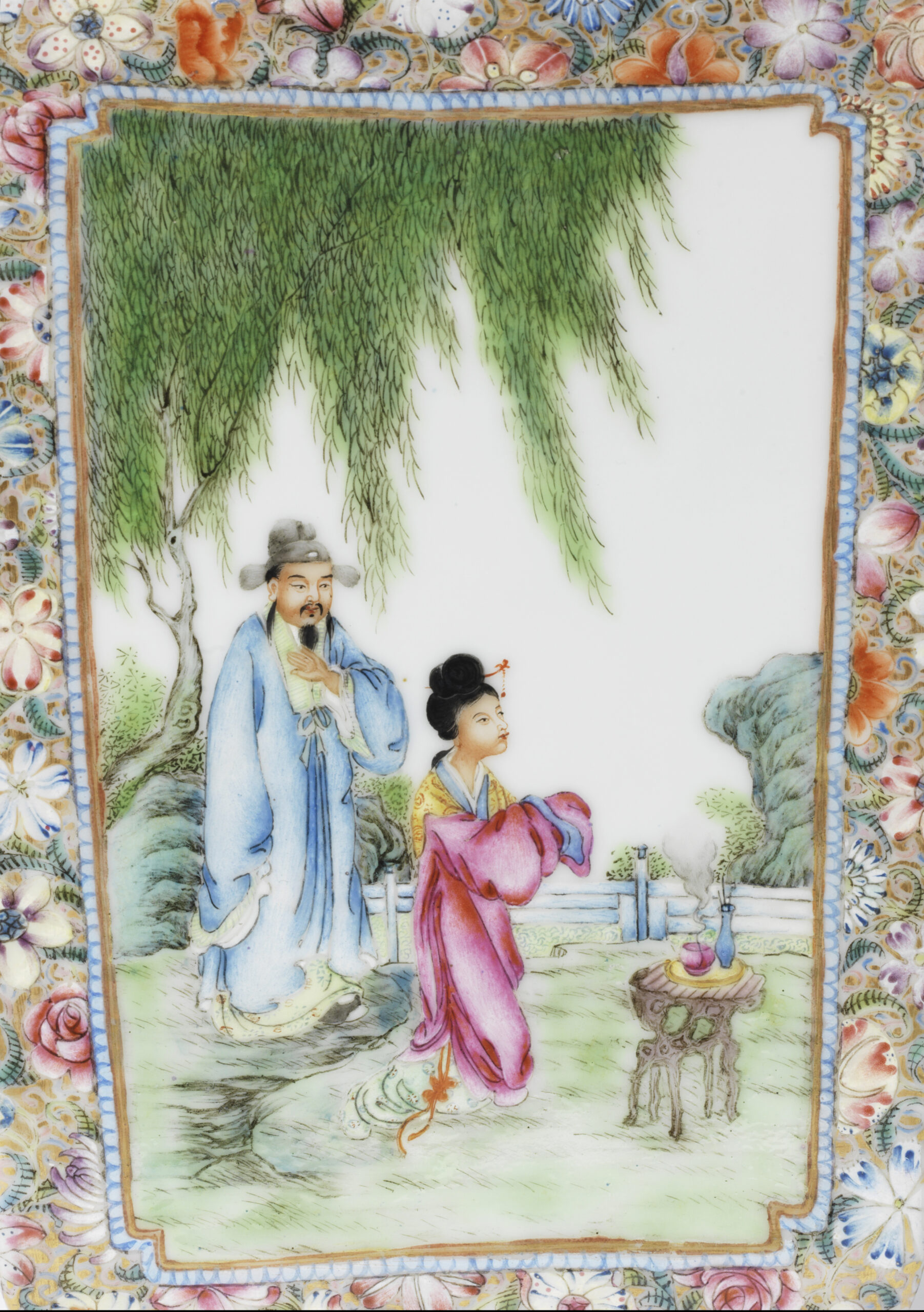 One of the great mysteries of Chinese porcelain has been the sudden arrival of a new palette of colours in pieces from the 18th century. Work by the legendary Imperial workshops at Jingdezhen was enriched by the red and pinks which became known as the famille rose ware to Western collectors or Fencai and later Yangcai (meaning “foreign colours”) to the Chinese.

The main source of evidence for what might have been the cause has been the writings of French Jesuit missionary Père d’Entrecolles. Through conversations with craftsmen as well as direct observation, d’Entrecolles was able to document many aspects of industrial practice. In his two famous letters from 1712 and 1722, he provides insider information that was of huge interest among Europeans attempting to discover the secret of porcelain. He tries to suggest European exports that might be sold to China in order to partially correct the huge “balance of payments deficit” resulting in the extraordinary amount of money being spent on Chinese porcelain by Western powers. He mentions in passing that European cobalt-blue pigments might make a suitable item for part of this, but other than that he has few ideas.

What does the phrase “foreign colours” mean? Why would such a sophisticated industry – an industry involving levels of technology, skill and artistry the rest of the world regarded with awe – look to the west for inspiration? Does it just refer to copying a colour palette popular in the West? Does it mean using Western technologies for producing colours? Or is it the use of imported, foreign pigments – brought thousands of miles from the West? The additional costs of the latter would have been astronomical. The operations at Jingdezhen during the Qing period were reputed to involve a staff of a million people working with three thousand furnaces, a city devoted to the production of porcelain. They had their own colours, surely they did not need pigments from Europe? However, d’Entrecolles suggestion that China could be a market for European pigments stands out. There has been no firm other proof to support this possibility, until our research started to look at the specific composition of pigments used in famille rose pieces.

The value of Qing dynasty porcelain has been rising steeply in recent years, particularly with the enthusiasm among Chinese buyers for collecting famille rose, leading to an increasing number of fakes coming onto the market. With support from Bonhams, Cranfield University used the expertise of its Forensic Institute and LA-ICPMS – a powerful laser-based system that allows for almost non-destructive analysis down to parts per billion level – to identify what is distinctive and reliably testable.

The clues in the cobalt

Chinese blue and white porcelain represents one of the most successful and influential developments in the history of ceramic technology. A convergence of the technologies of high-fired white stoneware and underglaze painting with a cobalt pigment, it became a major component of Chinese porcelain production and was particularly important as an export ware, initially to the Islamic world and later to Europe. It has been emulated by industries across the world, and remains commercially important today.

In the Qing dynasty (1644–1911) in the reign of the Kangxi emperor (1672–1722) the initial palette of the famille verte family, known in Chinese as wucai or five-colour was developed, comprising copper-green, iron-yellow, iron-red and turquoise overglaze enamels on porcelain decorated with underglaze cobalt. The Kangxi reign (1662–1722) was a period of great stability and support for the craft industries, including an emphasis on painted enamel work on glass and metal, as well as ceramic, which was driven by the emperor himself. Workshops were attached to the Imperial Court in Beijing and foreign craftsmen were sought to develop techniques.

Towards the very end of the Kangxi period, extensive development work in the Palace workshops in Beijing led to the development of the famille rose group of enamels, which included a red based upon colloidal gold and an arsenic opaque white, which in mixing could produce a wide range of red and pink shades. In addition to the use of the term “foreign colours” (yangcai), by which the famille rose palette was known to the Chinese craftsmen, the mention of European or foreign decoration was found on official lists of porcelain produced at Jingdezhen in the Yongzheng reign on at least six occasions. All of this led to the idea that the famille rose palette was heavily influenced by European practice and possibly that the technology itself was transferred.

The tell-tale evidence is in the cobalt. Cobalt is a strong colorant used in many areas of the world for the production of pigments and blue glass and glazes. Its earliest use is probably in Egypt in the Late Bronze Age, around 16th century BC. The first use of cobalt in China was in the ‘Spring and Autumn’ period (770–475 BC) when it was used as a colouring agent in glazed beads then later in low-firing glazes on Tang sancai and blue glazed earthenwares. It was perfected in the blue and white porcelain of the Yuan dynasty in the early fourteenth century, and was the technology of Jingdezhen.

Cobalt is a useful means of identifying the source of materials. There are a relatively limited number of sources of cobalt ore accessible to early craftsmen, but crucially each ore has a varying mineral composition which leads to its derived pigment having a characteristic elemental composition. This makes it possible to characterise and attribute the pigments to their region or even the particular mine where it came from.

Several sets of porcelain samples were chosen for analysis. In total the blue areas on 92 examples of blue and white underglaze, three underglazed blue on a polychrome vessels and 17 famille rose blue enamels were analysed. These included blue and white jar lids excavated at Jingdezhen and lent by Professor Nigel Wood and Oxford University, all dated from 17th to 20th centuries AD; sherds from either the Vung Tao Cargo or the Nanking Cargo dated by Mary Tregear (Ashmolean Museum) to 1690 and 1750 or thereabouts, mostly Jingdezhen export porcelain bound for the European market; and from the Victoria and Albert Museum sherd collections from the Qing Dynasties including blue and white, famille rose and a single famille vert.

LA-ICPMS was used to establish each trace element contained within the different glazes and enamels used, making useful comparisons between the historic pieces. We found that the cobalt pigment used as an underglaze in the porcelains is completely different that used in the overglaze dark-blue enamels. While it is quite variable, the enamels are low in manganese, but much higher in nickel and zinc, and especially arsenic. Particularly important is the detection of significant (although trace) bismuth and uranium in this pigment. The evidence makes it clear that the enamels have a very different cobalt source to the well-known, local, high manganese, source used in the underglaze blue on both the blue and white and the polychrome wares. No other examples of cobalt with this very characteristic type of composition have been recorded in Chinese ceramics. The cobalt pigment composition aligns, instead, with a source in Erzgebirge in Germany. It is one of the most important cobalt sources of the period and has a high arsenic, nickel and bismuth composition, with elevated uranium, very similar to that observed in the blue enamels of the famille rose porcelain.

The data suggest that the export of cobalt pigment from Europe to China for use in porcelain production continued throughout most of the eighteenth and into the nineteenth centuries. It is not clear if London was the point of departure for Saxon cobalt. However, prodigious quantities of cobalt from continental Europe were imported into Britain for use not only in ceramics and glass, but also as a whitener in textile production. It has been documented that 286,739 pounds weight of ‘smalt’ was imported into England in 1754 – and re-export of a proportion of this material to China by the East India Company would have been logistically straightforward.

The trade in this material appears to have lasted throughout the eighteenth and nineteenth centuries. The chain of supply was extensive. Saxon cobalt was incorporated into a potassium silicate glass in Europe, then imported to European trading centres, including London, but possibly others. It was then traded on to Canton. From there it was taken up to Jingdezhen, where it was used to manufacture enamelled porcelain. The porcelain then travelled the reverse route, back to the consumers of Europe. This is an impressive early example of a globalised trading network. However, it is interesting to note that in its general form, if not its extent, it echoes the situation several centuries before, when Persian cobalt was used to decorate the blue and white wares of the Yuan Dynasty, which were then exported across the Islamic world.

The question remains of why the Chinese porcelain-makers needed to rely on what was apparently an exclusive use of European cobalt in overglaze enamels and such a complex and expensive system of global trade. Native cobalt blue pigment was being used in great abundance in the underglaze decoration of both enamelled and plain blue-and-white wares, so presumably was not in short supply. There’s no definitive proof, but it seems likely that Chinese potters, who had mastered the production of a suitable underglaze pigment, simply could not develop their desired shade of blue enamel using locally available materials, or the pigment ran or blurred the image to too great an extent – so chose to use smalt from Saxony, which was the dominant cobalt in the European market.

In addition to finally providing hard evidence of the role of European trade in Qing porcelain, the work has led to the development of a working process for establishing the authenticity of individual pieces. For the moment the technology is lab-based, but is expected to be mobile and in use among auction houses and private collectors by 2018. 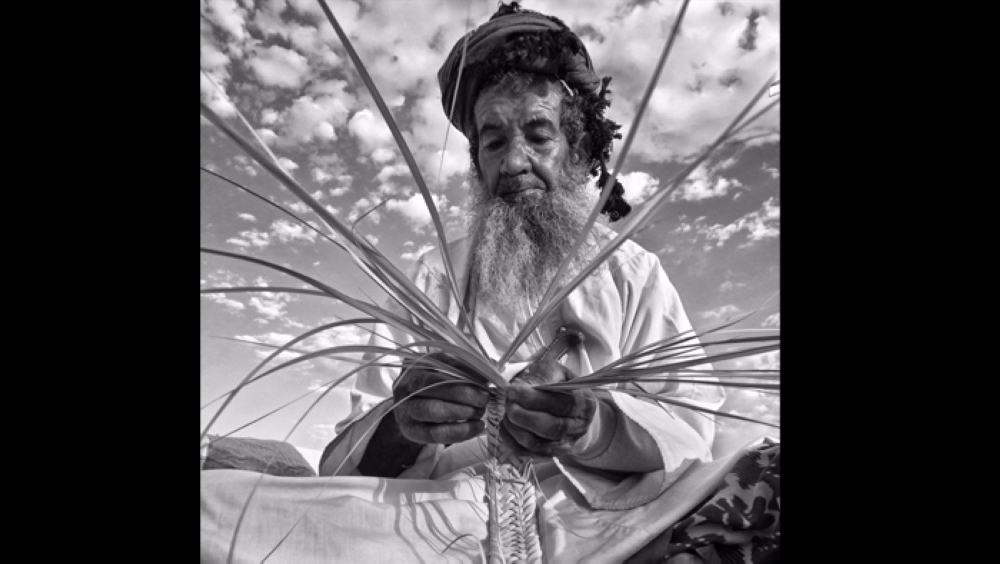 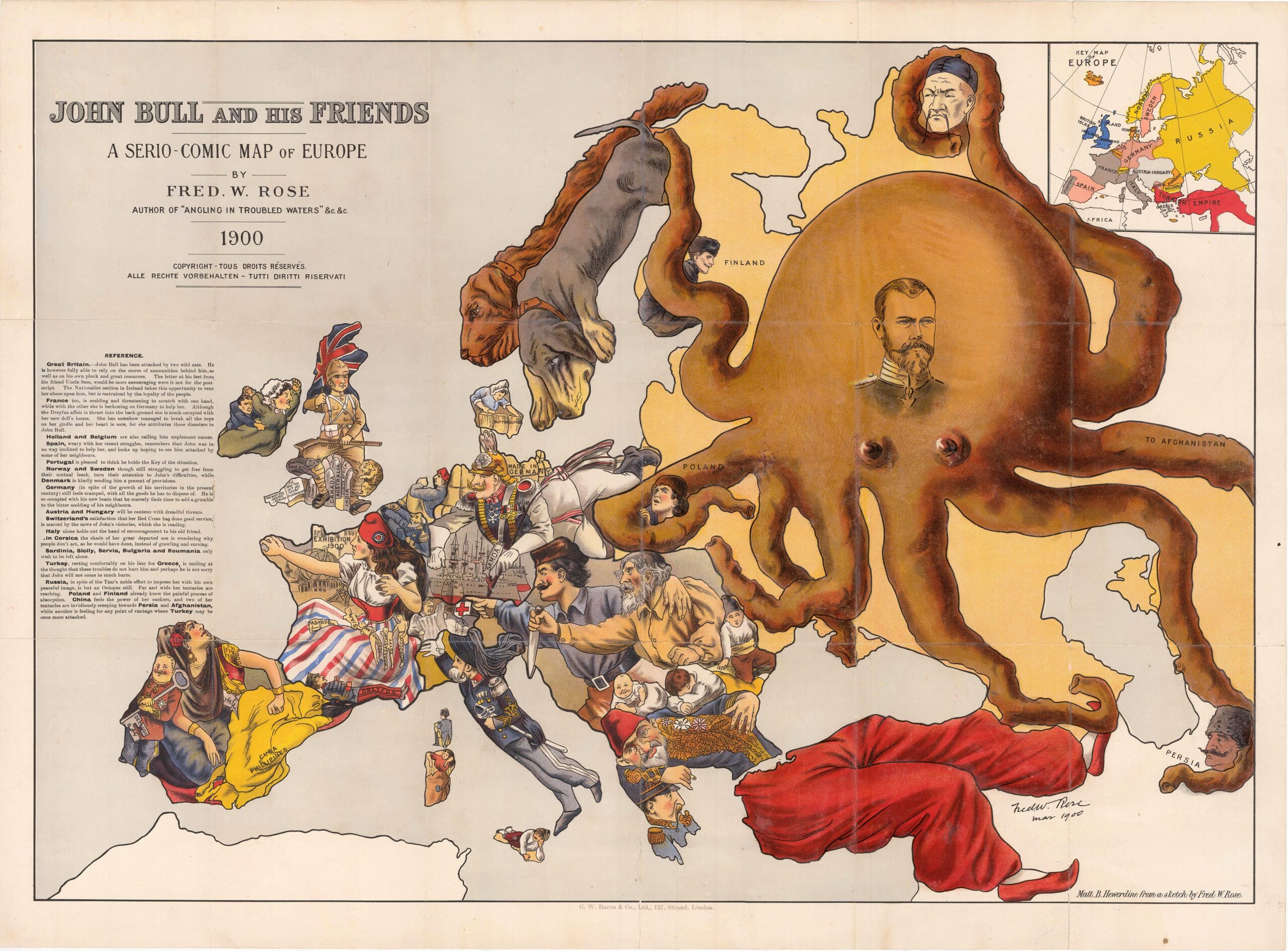