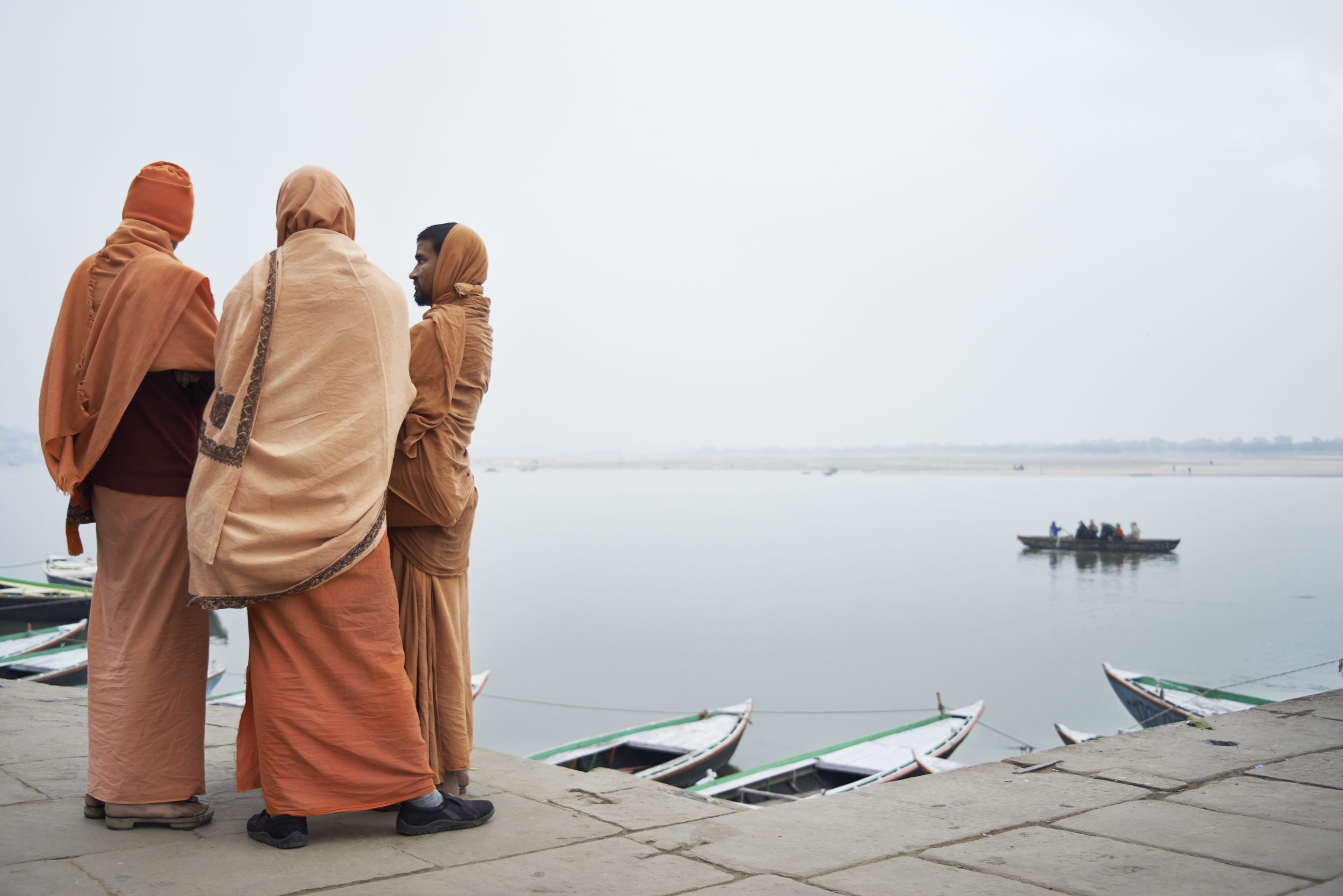 An interview with Jack Fillery on his forthcoming solo exhibition ‘An Inflection of India’.
What prompted your travels to the subcontinent? Where exactly did you visit and why?
I have travelled to a lot of different places over the years, but although India has always been on my list, I had never had the opportunity to go. But when my girlfriend decided to spend the best part of six months there, I thought it would be the perfect opportunity to piggy-back on her travels and have a good explore. The country has always fascinated me as a cultural kaleidoscope, and it didn’t fail to deliver in that respect. I wanted to get a snapshot of the country which in my mind is in the midst of a huge economic overhaul, and seems to be right in the middle of an industrial revolution similar to that of Britain in the 1700s. I wanted to see how the country was coping with its rapid development. I thought to do this I best see as much of the vast country as I could in the five short weeks I had, to get an idea of the changes happening in the different parts of the country. So I began in Goa on the West coast, and travelled through Kerala, across Tamil Nadu, over to Chenai, before flying north to Varanasi, and then winding my way across the north, through Delhi and Agra, and finally looping around through Jodhpur, Pushkar, Bundi, Jaipur, and finally Delhi. It was most definitely an exploratory trip, and certainly will not be the last! There has been a long-standing fascination with India. Can you try and explain this mystifying experience – do you think it is merely a cultural contrast and interest in the ‘Other’?
This is a question which cropped up a lot during my English degree at Leeds, where I specialised in Post-colonial Literature. I think that there is a very strong historical fascination with the orient, which embodies the idea of the ‘other’. The enchantment appears to lie in an entrenched sense of mysticism about that part of the world, which I think has its roots in the fantastical tales of the early spice traders, and the romanticisation of the orient in 18th and 19th century literature, but seems to persist even in these days of instant communication. Its status as the birth place of four of the worlds major religions, Buddhism, Hinduism, Sikhism and Jainism, and of course modern spirituality appears to exacerbate its mystical status, and of course India’s record of its own history is steeped in mythology, which adds to the external perception of its mystical nature. I think most people who have ever visited India return saying that there is no place like it on earth, and having been there, i’m afraid I have to reinforce the stereotype! There is something inexplicably enchanting about the country, its people, and its culture. I found that I was constantly battling with a sense of desperation and frustration, and love and admiration for the way the country goes about its existence. In the end you can really only sit back and let yourself be swallowed by the pure experience of such an incredibly paradoxical place.
You talk of an alternative perspective in your images. Can you elaborate on what you are trying to convey by using a ‘limited colour palette’?

My experience of visual representations of India, whether in film or photo, have always led me, as i’m sure it has many others, to the conclusion that the country is a blinding explosion of vibrant colour. I intended to offer an alternative perspective to typical artistic expectations of India, which I would argue often present a rose-tinted view of the country. No doubt, the inhabitants have a penchant for colourful dwellings and garments, but to me there was a feeling of faded tiredness to many of the once vibrant houses and various saris, and so on. I was drawn to presenting the people and the places I experienced in a more muted way, to allow the people to speak through the images. I wanted to get away from the ‘Slumdog Millionaire’ vision, and examine the simplicity of the everyday. I think there is a sense of melancholia which runs through the show, and this represents a lot of the feelings of the people I met there; a lamentation of the speed of change and the gradual erosion of their cultural identity. Despite the chaos and its infinite cultures and personalities, everything in India feels like it belongs where it is – nothing, nor nobody seems out of place or irregular. But the balance of this harmony is in doubt, as the country struggles with its ever-evolving sense of identity and faces new challenges as it emerges as one of the world’s economic powerhouses. What was your most fascinating experience in India?
That is not an easy question.. I can certainly tell you the most bizarre! I was wandering through town in Alappuzha, and stopped to chat with some guys playing Carrom in a roadside shed, a board game which is a cross between billiards and backgammon. Within 15 minutes I was on the back of one of their motorbikes being whizzed across town, having been told in very scant English that it was imperative that I photograph one of the men’s Indian Martial Arts teacher. On arriving at a small house in the outskirts of town I was shuffled through the door, and books on human anatomy and various debilitating pressure points were thrust into my hands. Another five minutes and the ‘master’ was demonstrating how to disarm an attack from a knife-wielding mad man (his student), with real knives included! The exhilarating  and somewhat nerve-wracking, show continued as I was shepherded to the roof, where I was given a further demonstration of the ‘master’s’ skills as he gave a deadly, twirling display with no less than four lethally sharp urumi, or ‘whip-swords’. After another hour in which I was treated to similar displays with an ever growing arsenal of various bizarre and spectacular weapons, I was herded back onto the motorcycle, with waves and cheers to see me off, and back to the men playing Carrom in the shed. I had to pinch myself a bit to make sure the whole experience hadn’t been a bizarre dream. My girlfriend barely believed me when I arrived back to the hostel an hour after I had said I would be! Luckily I had some pictures and video to prove it.

Can you tell our readers about the photographic culture (or lack thereof) in India (versus the West’s obsession with an image culture)?

I certainly wouldn’t say there is a lack of a photographic culture. It struck me how unabashed most people were about having their photo taken, as most people I met in my travels were more than happy to let me take a shot of them. Quite often people would stop me in the street and ask that I take a picture, and if I wasn’t taking their photo, I was being asked to pose with them whilst they had their picture taken with my girlfriend and I. At times I felt like a bit of a celebrity! I felt that people were far less conscious of their image than they are in western culture, perhaps because they are less exposed to the kind of ‘beauty’ images we are, which I think has had a huge effect on self-perception in our society. You consider India’s economic and cultural development a ‘conflict with modernity’. Why do you consider this so?
I wouldn’t consider India’s development as a conflict with modernity, rather that their ancient cultural status is under threat. For a country which is so steeped in mythology, spirituality, and tradition, I feel the modernisation which has come about so swiftly as a result of their rapid commercialisation on the world stage has, and will continue to have, an adverse affect on the traditional values of their society. Rapid development in an impoverished country like India tends to exhibit vast cultural changes, as the old world clashes with the new. In my eyes, the modernisation of India is incompatible with the maintenance of so many of the traditional values associated with the country. ‘Globalisation’ seems to me to be synonymous with ‘westernisation’, and India, like much of the Eastern world, I think will struggle to hold on to its identity.

India is, at the same time both embracing and resisting the encroachment of a global culture. As a photographer, it is at once a strangely sad and exhilarating experience to find yourself witnessing a society and a people whose traditions and lifestyle are being lost. I felt the need – almost a responsibility – to capture the beauty of the ordinary and the everyday, to document the simplicity of existence in a land so steeped in romance and mythology and cultural difference.

An Inflection of India’ by Jack Fillery will run for 5 weeks (22nd May – 1st July) at The Borough Barista, 15 Charles II Street, London SW1Y 4QU. 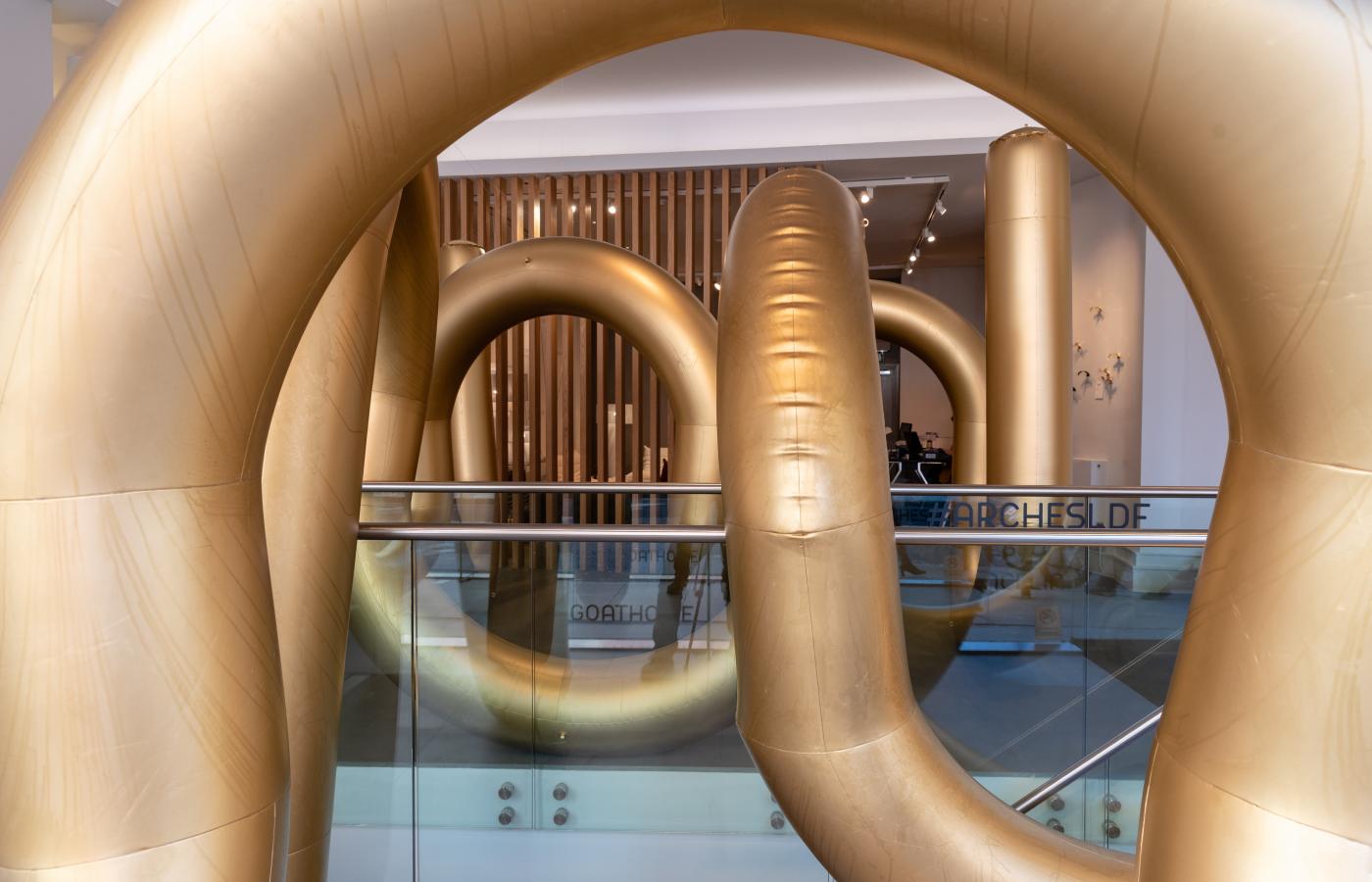 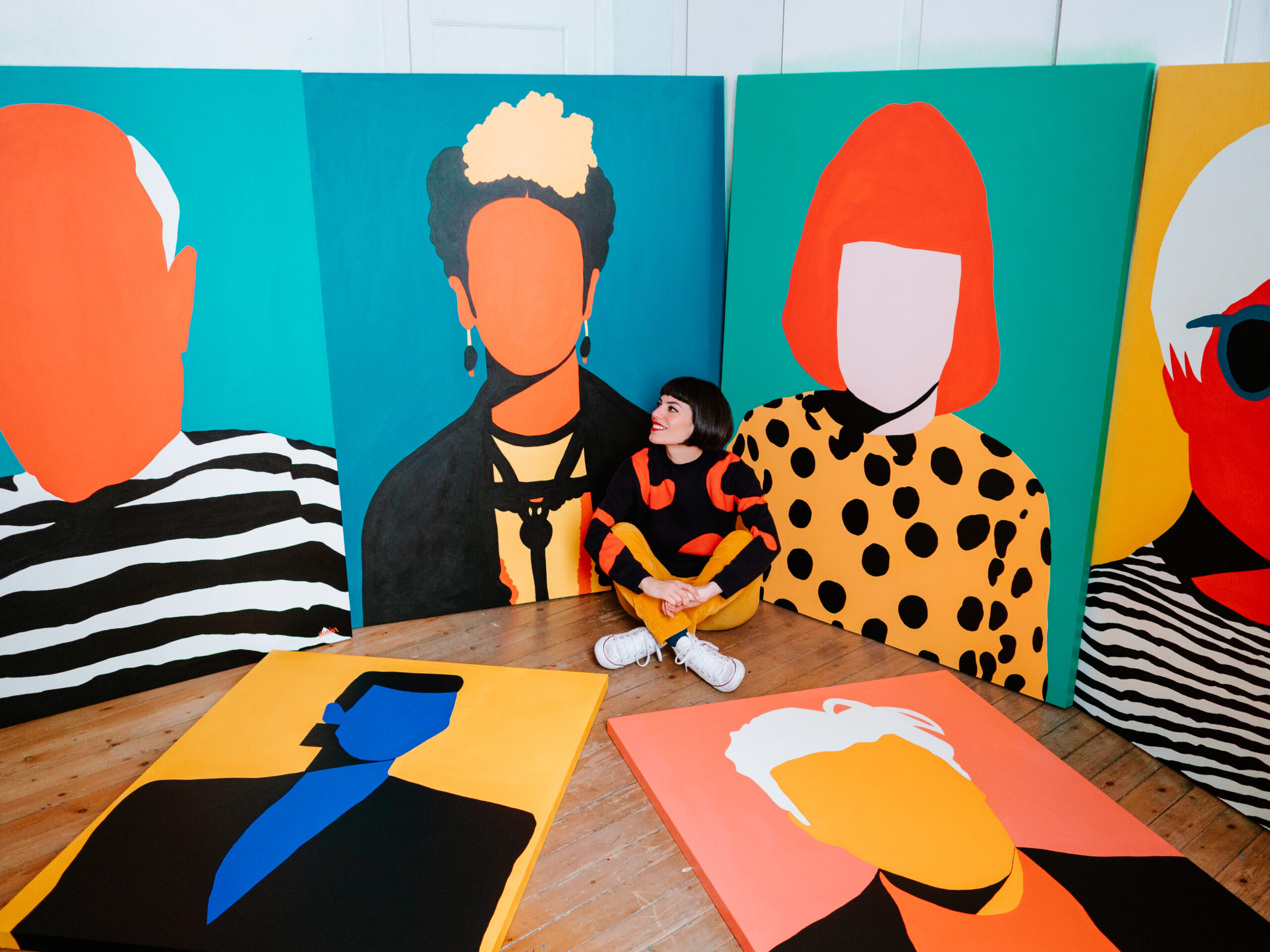 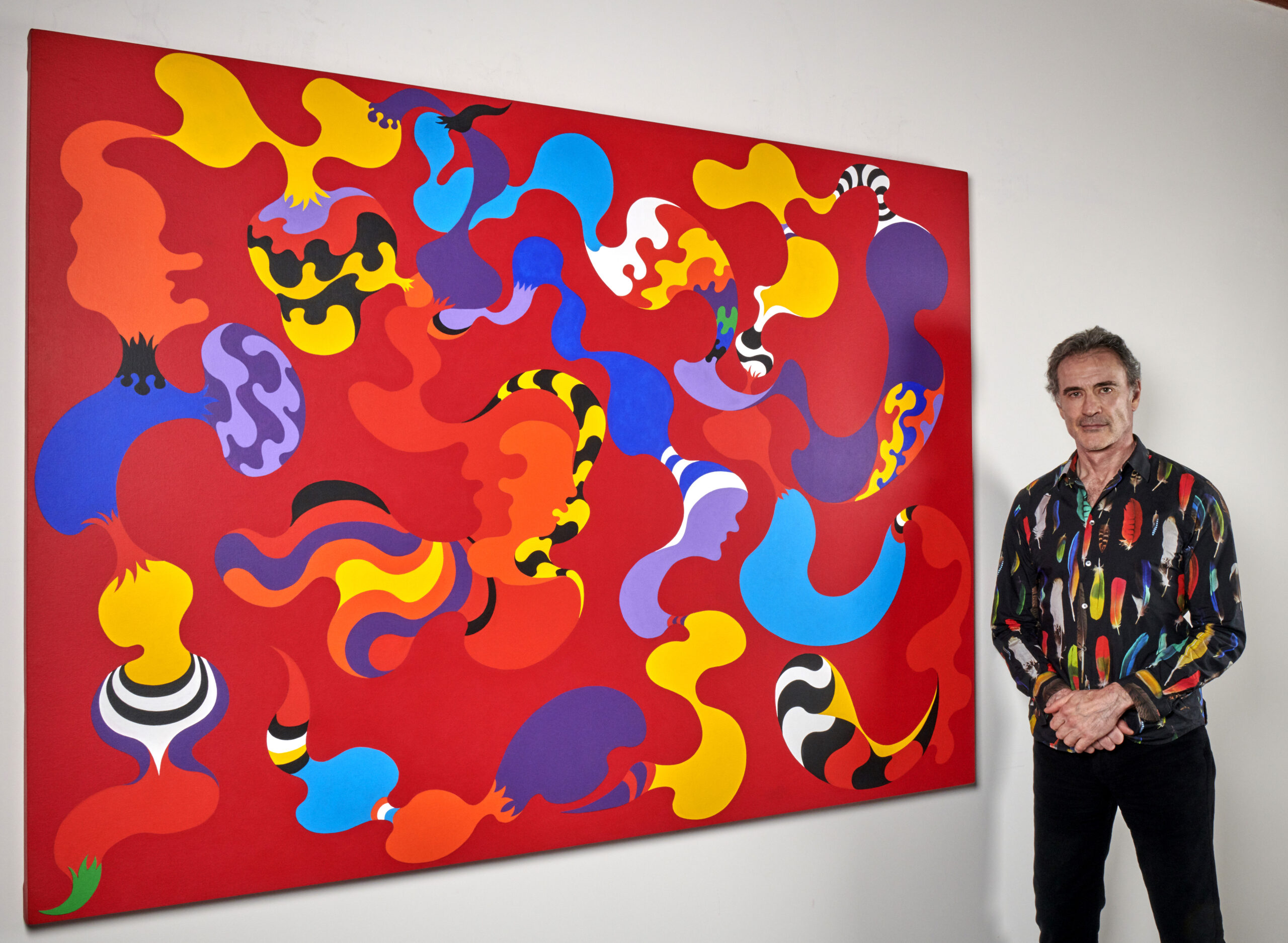 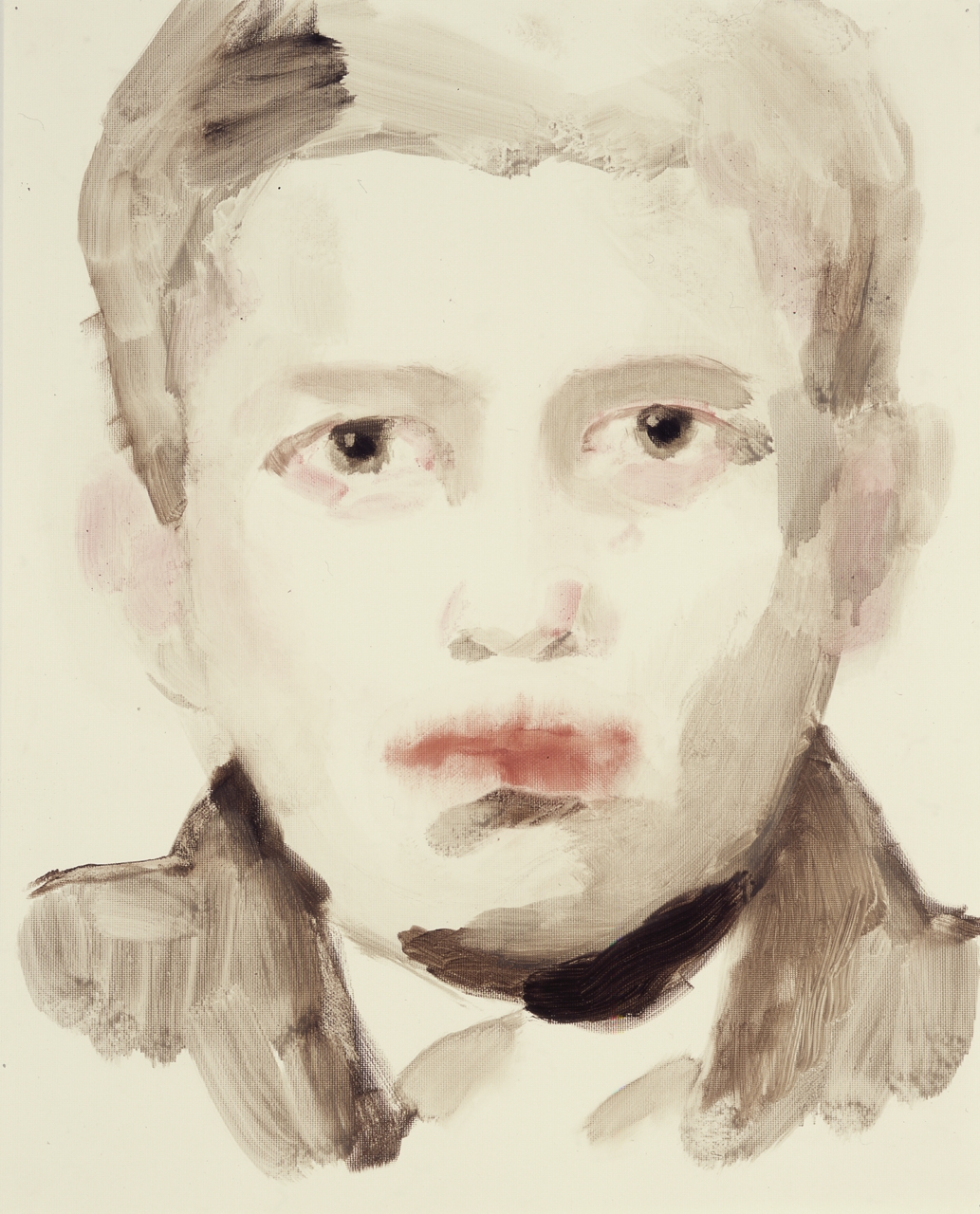